Sub Tuum Praesidium
The Litany of Humility
Posted by Lou Pizzuti at 11:38 PM

The 2020 Election - Recommended Reading to Understand Our History

Pioneer Priests and Makeshift Altars: A History of Catholicism in the Thirteen Colonies

In this comprehensive history, Fr. Charles Connor details the life of Catholics in the American Colonies. It's a tale that begins with the flight of English Catholics to religious freedom in Maryland in 1634, and continues through the post-Revolutionary period, by which time the constitutions of all but four of the first 13 states contained harsh anti-Catholic provisions.

Catholic readers will be proud to learn from that despite almost two centuries of ever-more-intense religious persecutions and even harsher legal prohibitions, American Catholics in the colonies simply refused to abandon the Catholic Faith.

This is an indispensable reading for souls interested in the deep roots of Catholicism in America, and in the holy courage of scores of Catholics who kept remorseless forces from driving Catholicism out of America. Among other things, you'll learn:

Faith and Fury: The Rise of Catholicism During the Civil War

In the bloody Civil War that split our nation, American bishops worked for the success of the Union . . . and of the Confederacy! As Catholics slaughtered Catholics, pious priests on both sides prayed God to give success in battle. . . to their own side. Men in blue and men in gray flinched at the Consecration as cannonballs (fired by Catholic opponents) rained down on them during battlefield Masses.

Many are the moving and often surprising stories in these pages of brave Catholics on both sides of the conflict stories told by Fr. Charles Connor, one of our country s foremost experts on Catholic American history.

Through searing anecdotes and learned analysis, Fr. Connor here shows how the tumult, tragedy, and bravery of the War forged a new American identity, even as it created a new American Catholic identity, as Catholics often new immigrants found themselves on both sides of the conflict.

Fr. Connor s account shows that in the nineteenth century and on both sides of the conflict, the Church in America was a combination of visionary leadership and moral blindness much as is the Church in America today. From consideration of the strengths and weaknesses of both sides, Catholics today will discover ways to bridge the gulf that today divides so many in our Church and in our nation.

Debunking Howard Zinn: Exposing the Fake History That Turned a Generation against America

Howard Zinn’s A People’s History of the United States has sold more than 2.5 million copies. It is pushed by Hollywood celebrities, defended by university professors who know better, and assigned in high school and college classrooms to teach students that American history is nothing more than a litany of oppression, slavery, and exploitation. Zinn’s history is popular, but it is also massively wrong.Scholar Mary Grabar exposes just how wrong in her stunning new book Debunking Howard Zinn, which demolishes Zinn’s Marxist talking points that now dominate American education. In Debunking Howard Zinn, you’ll learn, contra Zinn: Grabar also reveals Zinn’s bag of dishonest rhetorical tricks: his slavish reliance on partisan history, explicit rejection of historical balance, and selective quotation of sources to make them say the exact opposite of what their authors intended. If you care about America’s past—and our future—you need this book. 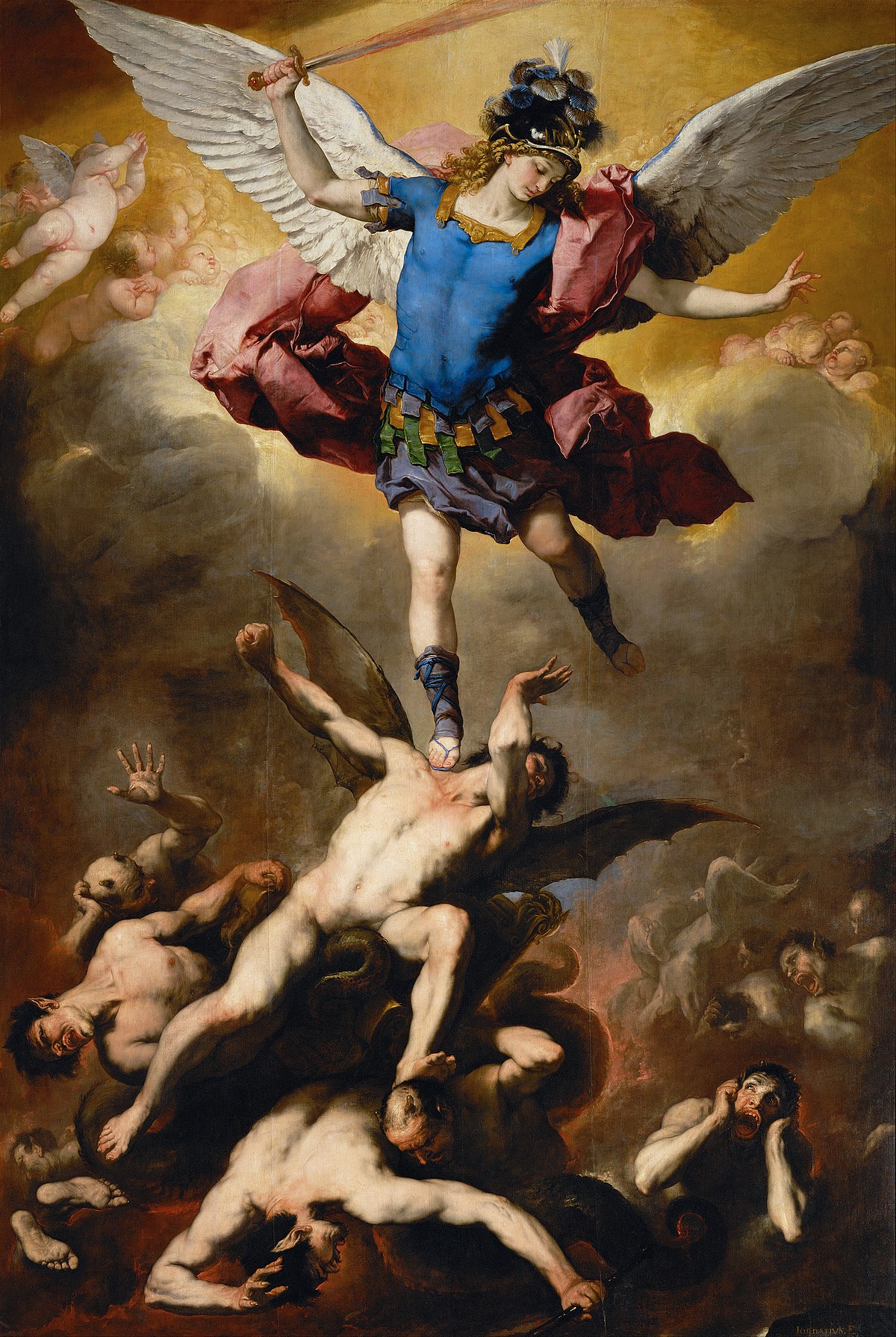 The 2020 Presidential Election will determine the course of the future.

As Christians, we MUST wage war in the spiritual realm. We propose that the following sequence of prayers be our daily rule until the election, if not afterwards.

At the conclusion, each day, we pray Consecration of Our Nation to the Mother of God  and Efficacious Novena to the Sacred Heart, with the intention, "that every evil spirit leading the US to perdition be bound and that the US once again become a Christian nation"

One may wish to periodically pray The Lorica of St. Patrick, for protection, and The Litany of Humility.


Additionally, we pray The Divine Praises(below) sporadically during the day

I think most of us would agree that the United States is in desperate need of prayer.

Please consider the prayers on our Recommended Devotions page, in particular The Litany for America.

God bless you for your faithfulness.
Posted by Lou Pizzuti at 10:30 AM

Due to social distancing guidelines, there were few members besides Gloria's family present, but we rejoice at her joining our family! 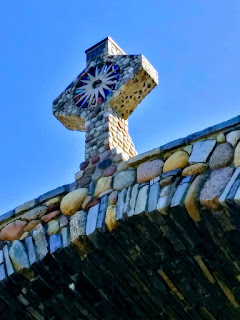 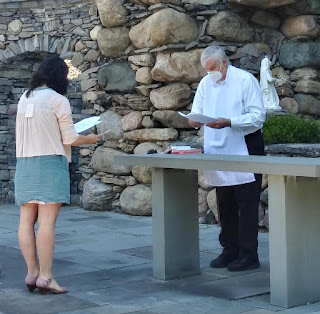 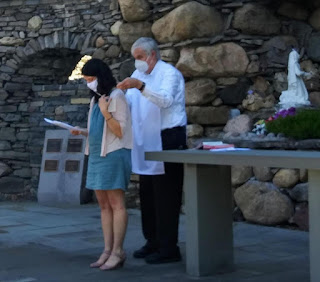 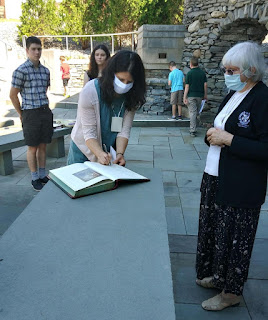 The Bishops of the United States have issued a voters guide for Catholics
Forming Consciences for Faithful Citizenship
Posted by Lou Pizzuti at 8:23 AM

Life in the Days of COVID-19

This is a trying time for many.

While we can hope and pray for science to arrive at a solution - vaccine and treatment - the states of our souls are more important by far. This biological crisis will pass, but for those who don't look after the state of the soul, the repercussions could be eternal.

Never forget our Lord's words to Solomon, 3000 years ago, at the dedication of the First Temple.

When I shut up the heavens so that there is no rain, or command the locust to devour the land, or send pestilence among my people, if my people who are called by my name humble themselves, and pray and seek my face, and turn from their wicked ways, then I will hear from heaven, and will forgive their sin and heal their land. - 2 Chronicles 7:13-14

It is up to each of us, as Christians, to follow that command.

A good place to start is the prayers we've assembled.
But, it's only a starting point!!
Read Scripture.
Read the Church Fathers.
Pray.
Amend your lives.

You eternity may depend on it
Posted by Lou Pizzuti at 9:24 AM